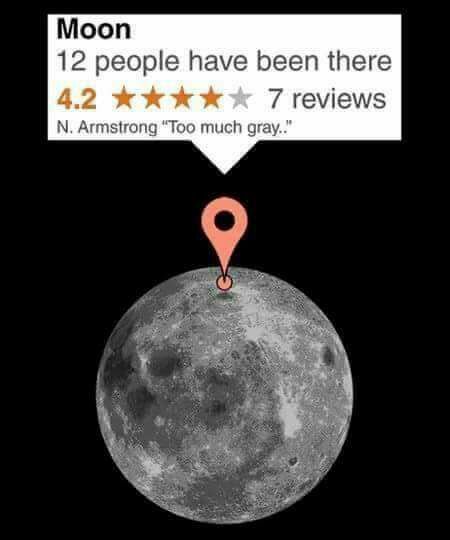 ‘If moon was just any place‘

EDIT: NOT TO SCALE!

Saturn’s hexagon is a hexagonal cloud pattern that has persisted at the North Pole of Saturn since its discovery in 1981. At the time, Cassini was only able to take infrared photographs of the phenomenon until it passed into sunlight in 2009, at which point amateur photographers managed to be able to photograph it from Earth.

Read an explanation of how Saturn’s hexagon works here: [x]

From the images produced from Voyager and Cassini, scientists were able to develop models that commensurated with the data obtained. Here’s what they found :

How do we know this ?

We know this because we can experimentally reproduce the Saturn’s hexagon on earth in a laboratory. ( If you are interested in the technical details of the experiment – click here and here)

The setup is simple :

Researchers placed a 30-liter cylinder of water on a slowly spinning table. ( The water representing the Saturn’s atmosphere )

Inside this tank, they placed a small ring that spun more
rapidly than the cylinder. This created a miniature artificial “jet
stream” that the researchers tracked with a green dye.

These models however are still unable to dictate the exact phenomenon that is happening on Saturn, but surely they offer insight into the bizarre phenomenon that dwells in the celestial.

These images from the NASA’s Cassini spacecraft show the changing appearance of Saturn’s north polar region between 2012 and 2016.

The change is thought to be an effect of Saturn’s season ( Yes! Saturn has seasons ). Scientists are still probing into the causes for this change.

The universe is a beautiful place.

Have a great day!

The Space Shuttle Endeavour is featured in a very unique setting over the Earth’s colorful horizon in this Photo. And beholding this photograph instills a great deal of serendipity.

The light from the sun interacts with the different layers of atmosphere in this distinct fashion and this is attributed to a phenomenon known as Rayleigh Scattering.

In the lower thresholds of the atmosphere, the blue light and its variants are scattered away, leaving behind only red,orange and yellow shades to dazzle us, whereas in the upper atmosphere this scattering phenomenon of blue light is considerably lesser.

This produces the hypnotizing display of colors that you marvel. Amazing isn’t it?

How i wish everyone would truly appreciate

The beauty in you that is never to hate.

Dubbed as the Top Post of the Year by Imgur, this amazing gif captured the New Horizon’s pass by unlike any other.

After being officially demoted from a planet to a dwarf planet, it once
again had its cold, icy heart broken this year when NASA’s New Horizons
spacecraft flew by and didn’t even stop for a visit.

Pluto’s loss was
our gain, however, because New Horizons sent back the first color images
of the former planet, revealing that Pluto has an ice cap and is larger
than everyone originally thought. 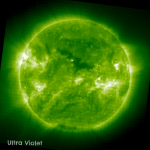 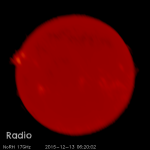 The Sun in it’s Cosmic Brilliance

Our Whole world revolves around ( quite literally ) around this teenage star known as the Sun. These Images have been false-colored to help us perceive “the star” that lies beyond our visual cognizance.

Have a good one!

Puns aside, Venus is indeed hotter than Mercury… ( Not Kidding )

Wait! What are you saying?

This might be counter intuitive considering that mercury is very close to the sun. The planet’s atmosphere has a thing to say about the temperature.

Mercury is closer but
because it has a very thin or no atmosphere at
all the heat goes out into space.

Venus on the
other hand with it’s much thicker atmosphere ( made mostly of carbon dioxide – a greenhouse gas )
holds all the heat it gets. This makes Venus hotter than Mercury!

And this trapping of heat by the atmosphere is known as Greenhouse effect.

How can heat enter the planet, but NOT leave it?

Radiation from the Sun is very broad band or white, also stretching
well into the UV.

The Absorption Spectrum of the sun

Some light is deflected by the atmosphere (
via scattering ), some light absorbed by objects on the surface of
earth ( causes heating ) and the rest reflected back into space

A greenhouse gas does not absorb all thermal radiation, it absorbs only
certain wavelengths. ( For instance Carbon dioxide absorbs radiation of 4.26,7.52 and 14.99 micrometers (microns) ).

Now, that’s why heat (light) can enter the atmosphere but not leave it!

Have a good day 🙂

The Tale of Earth and it’s sister Theia.

Have you found it weird that the earth’s axis is tilted by 23.5 degrees and wondered what led to this? Wait, Where did the moon come from?

Well, Here’s what scientists have theorized.

Theia, a mars sized planet collided ( it glanced and thankfully did not collide head on, else it would have destroyed earth ) with the Earth around 4.553 billion years ago.

Theia’s debris gathered together around Earth to form what we now call- The Moon.

And
it remains tilted so that way even today!!

Why do they believe in this hypothesis ?

Scientists have a very good reason to believe in the Giant Impact Hypothesis:

Have a good day !

I have got an increasing number of requests to write about Black Holes in the past couple of weeks. So, to kick-start we will start talking about Space-time Fabric.

When we usually talk of Gravitation we are bound to think like Newton, where objects are assumed to exerting a force upon each other. Like imaginary arrows of force in space. But this picture, although good for high school crumbled, with the advent of Einstein’s theory of Relativity. ( We will explore the question of why in an upcoming post.)

What is the Space-Time Fabric?

Think of spacetime fabric as an actual cloth of fabric. When you place an object on the fabric, the cloth curves. This is exactly what happens in the solar system as well.

The sun with such a huge mass bends the space-time fabric. And the earth and all the planets are kept in orbit by following this curvature that has been made by the sun.

The earth – moon system can be thought of in the same manner.

A natural question to ask at this juncture would be:

Why don’t planets just swirl into the sun?

To put it bluntly, they stay in their orbits because there is no other force in the Solar System which can stop them.

The Solar System was formed from a rotating cloud of gas and dust which spun around a newly forming star, our Sun, at its center. The sun did pull objects towards itself. But the planets that we see today were resilient and stuck with their course. And time passed, the net force acting on them turned to zero and will continue to be zero.

Light is affected by the Gravity. This was discussed in a previous post about Gravitational Lensing.

The gravitational field of a really massive object is super strong. And this causes light rays passing close to that object to be bent and refocused somewhere else.

This is a consequence of the fact that space- time curvature is bent by objects which have a huge mass. When light is passing through this dent the rays of light are directed in another direction. And this causes effects like gravitational lensing.

**This post was inspired by this video – Gravity Visualized. Hope you enjoyed reading this post. If you have any doubts or queries, feel free to ask. Have a Good Day 🙂